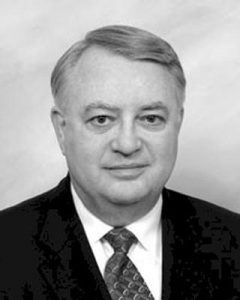 Born and raised in Pennsylvania, Bob moved to Virginia while attending college and practiced law in Northern Virginia for over thirty years before his retirement. Known for his skill at negotiation and persuasion, Bob was one of the select attorneys appointed to act as a Neutral Case Evaluator for the Fairfax County Circuit Court, being among the first group of Neutral Case Evaluators appointed.

During his tenure, Bob established the firm’s Family Law Practice Group and his practice focused entirely on Domestic and Family Relations including divorce, child custody and equitable distribution.